A downloadable game for Windows

Note: This game is a prototype that was made for Global GameJam 2020 in under 48 hours.

Controls:
WSAD/Arrows to move
SPACEBAR to interact
UP/DOWN to move on stairs

Loved the strange guy in the cupboard!!❤

What I liked about the game:

1. Interesting idea of going through some person's head. I really liked that you have to find things that are being described!

2. The character, animation and the atmosphere are cool! I really like how filled the house with objects! Also I like the color choice. It really feels like a session with a psychologist.

3. The music is really nice, not getting in the way of reading and searching.

What I disliked about the game:

1. There are no hints on what to do. It took me time to figure out which way to go first and what is the point of the game.

2. There is no clear end. At least I haven't found it. THe music just dtops and that is it. At least end screen or something would make things so much clearer!

3. The text is going at a very high speed. I couldn't read all of it which is sad because it was really interesting. I would also suggest moving the commentary on the things that you are looking at in the other corner so it wouldn't cover the main plot.

Overall, I liked the game and I would be glad to play similar games if the developers would consider to do them) More patiens and the ending. I would be really glad to see and try something a bit more complete.

The game is second in the video btw

I hope the feedback was helpful! 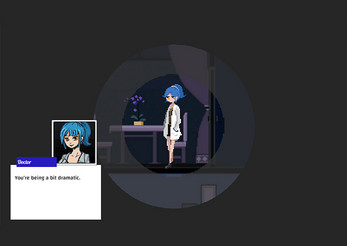 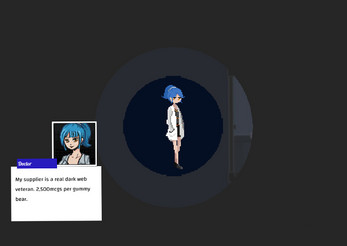 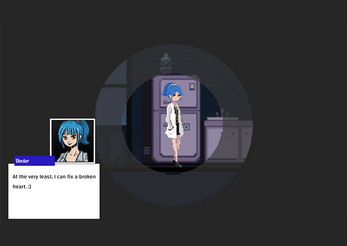 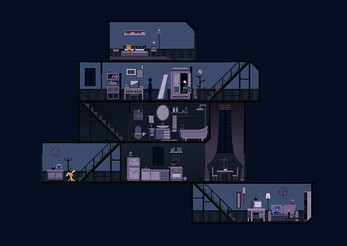